Stacks of filing and out of date paperwork is so common since we would all rather be doing something else! I can provide much needed help to organise your office leaving you with a clear way forward. 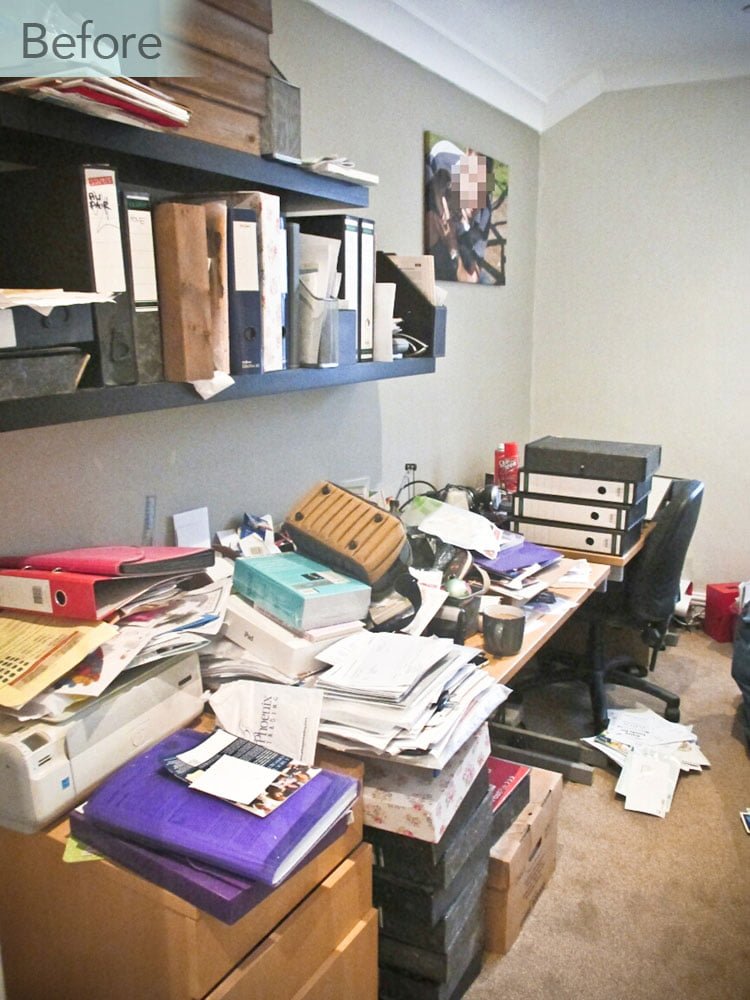 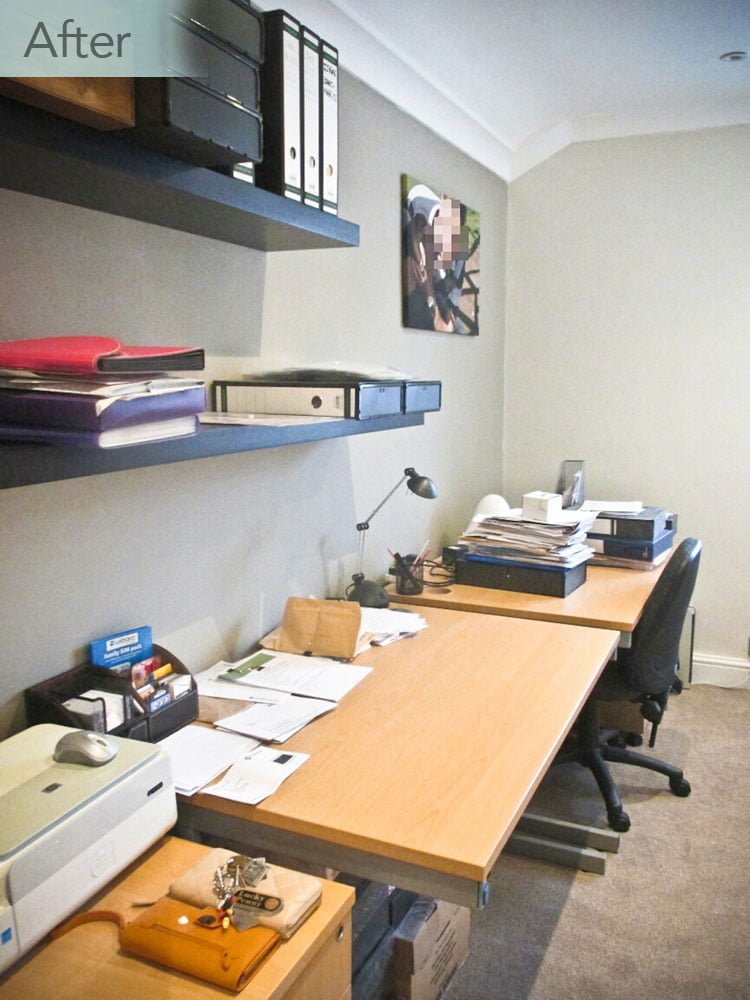 Nicole and Rob both worked from home in a shared office which included the family paperwork and business paperwork which was all muddled up. They had just undergone a house refurbishment and the office had become a dumping ground.

Nicole and Rob were elated with their tidy and streamlined office. With a clear area to work in and places to keep office items, they could start their working day with a clear head.

“…Our shared office was probably the issue that caused me most sleepless nights! We had moved into a downstairs larger space and ignored the spare office – again, much of the situation was caused by having to work amongst the major renovations, just grab stuff, work from coffee shops and dump again later. There was post that remained in BAGS, UNOPENED, all mine…for a very long time. There was no clarity between home/work/children’s administration organisation, it all just blended in and was again, OVERWHELMING. Step in Ingrid, organisation technique at its finest! Logic, second to none…” 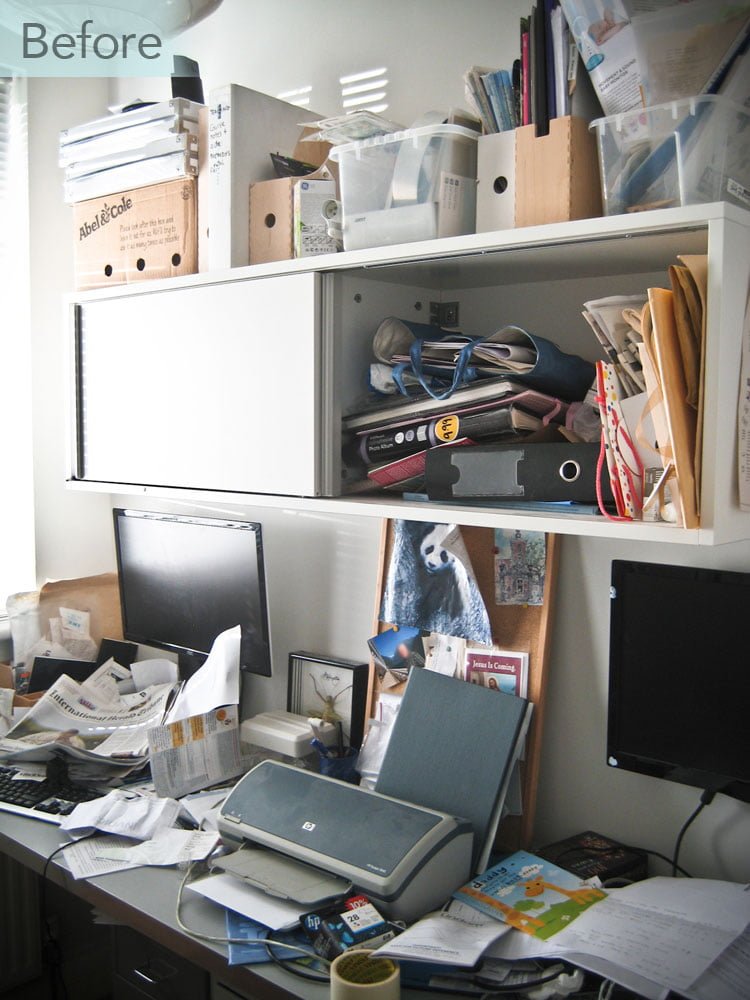 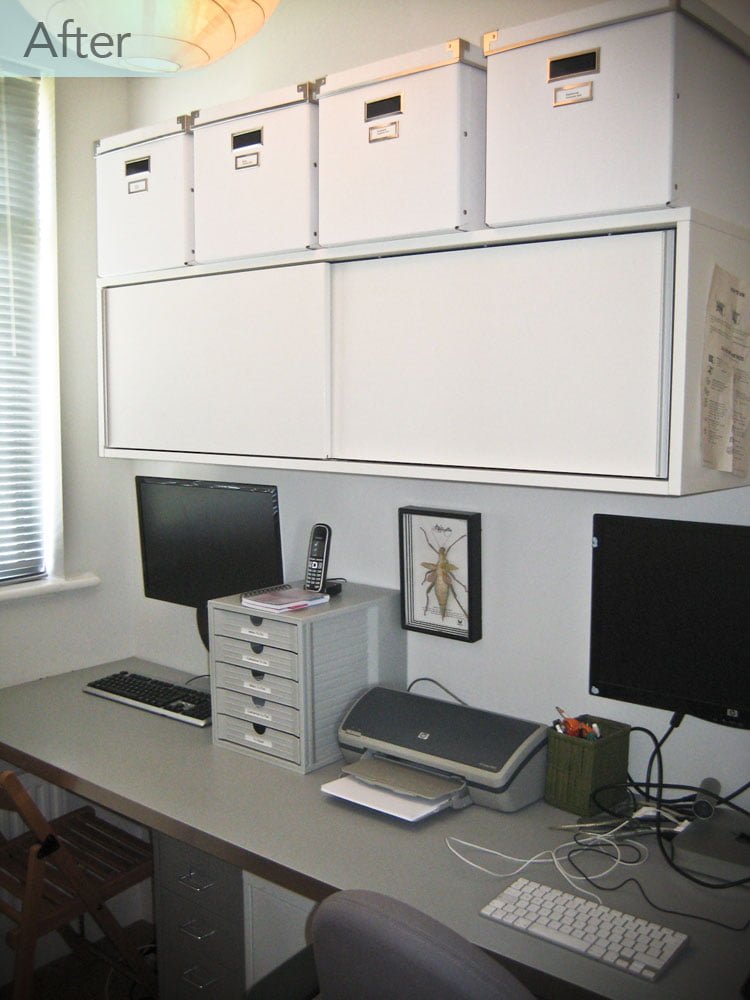 Miles had a small home office that he shared with his partner. Over time it had become a cluttered room with a mixture of out of date paperwork, paperwork to be actioned, stationery and personal belongings.

Miles was delighted with his tidy and organised office. Now that the filing system had been thinned out there was space to start filing current paperwork and the office was a pleasure to spend time in once again.

Get in touch with Ingrid and let’s clear your clutter soon!

Professional decluttering and organising service for homes throughout

This website uses cookies to improve your experience while you navigate through the website. Out of these cookies, the cookies that are categorized as necessary are stored on your browser as they are essential for the working of basic functionalities of the website. We also use third-party cookies that help us analyze and understand how you use this website. These cookies will be stored in your browser only with your consent. You also have the option to opt-out of these cookies. But opting out of some of these cookies may have an effect on your browsing experience.
Necessary Always Enabled
Necessary cookies are absolutely essential for the website to function properly. This category only includes cookies that ensures basic functionalities and security features of the website. These cookies do not store any personal information.
Non-necessary
Any cookies that may not be particularly necessary for the website to function and is used specifically to collect user personal data via analytics, ads, other embedded contents are termed as non-necessary cookies. It is mandatory to procure user consent prior to running these cookies on your website.
SAVE & ACCEPT

Subscribe to my newsletter and get your FREE“Essential Guide to Decluttering Your Home”!

By signing up you are agreeing to receive my monthly newsletter which will be packed full of news and top tips!  You can unsubscribe at any time.  View my Privacy Policy here.

We have sent you a message. Please check you email and confirm your subscription!